x Thank you for submitting an inquiry. We will get back to you as soon as we can.

Karnak Temple is an ancient Egyptian temple precinct located on the east bank of the Nile River in Thebes, known today as Luxor.

We are sorry, this tour is not available to book at the moment

We are sorry, there are no reviews yet for this tour.

Karnak Temple is an ancient Egyptian temple precinct located on the east bank of the Nile River in Thebes, known today as Luxor.

Construction at Karnak Temple started by 4,000 years ago and continued up until the time the Romans took control of Egypt, about 2,000 years ago. It covers more than 100 hectares, an area larger than some ancient cities.

The temple of Karnak was known as Ipet-isu—or “most select of places”—by the ancient Egyptians.

It is a city of temples built over 2,000 years and dedicated to the Theban triad of Amun, Mut, and Khonsu.

This derelict place is still capable of overshadowing many wonders of the modern world and in its day must have been awe-inspiring. 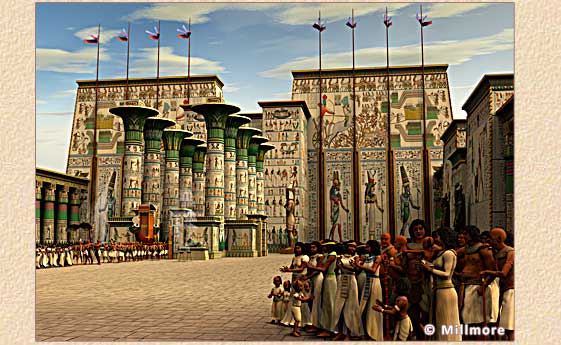 For the largely uneducated ancient Egyptian population, this could only have been the place of the gods.

and was a place of pilgrimage for nearly 2,000 years.

The area of the sacred enclosure of Amun alone is sixty-one acres and could hold ten average European cathedrals.

The great temple at the heart of Karnak is so big that St Peter’s, Milan,

and Notre Dame Cathedrals would fit within its walls.

The Hypostyle hall, at 54,000 square feet (16,459 meters) and featuring 134 columns, is still the largest room of any religious building in the world.

The sacred barges of the Theban Triad once floated on the lake during the annual Opet festival.

The lake was surrounded by storerooms and living quarters for the priests, along with an aviary for aquatic birds.